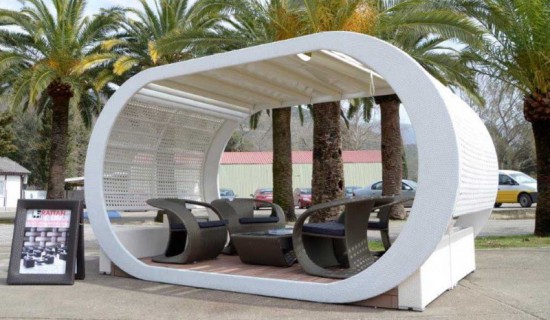 Rattan Sedia plans to expand the market: BiH until the summer in the World Trade Organization

Bosnia and Herzegovina is close to joining the World Trade Organization (WTO), which will be a success for many BiH companies with cross-border business experience to open a space for their market expansion and worldwide sales.

These good news in the segment of industry and manufacturing sector are coming at the right moment, as Rattan Sedia in its strategic commitment for the coming period especially underlines the expansion in foreign markets.

Minister of Foreign Trade and Economic Relations of BiH Mirko Šarović and his associates made great progress in negotiations with the WTO, and BiH is very close to the historic signing of full membership in the World Trade Organization.

"The general impression from the session with more than 50 ambassadors who attended the yesterday's working group is that we have received from all the leading powers the support for Bosnia and Herzegovina's accession to the WTO. By summer of the current year, we should be a full member, "said Minister Sarovic.

He pointed out that a document has already been adopted that represents an action plan and a map for BiH to become a member of this organization. In this regard, the legislative part is solved, and the rest is only to end the oral negotiations. We recall that the work of the World Trade Organization is focused on creating an open and equitable system of trade rules, progressive liberalization and elimination of customs and non-customs barriers to trade in goods and services, the removal of all forms of protectionist measures and discriminatory treatment in international trade relations, the integration of underdeveloped and developing countries, and the transition countries into the multilateral system and achieving the maximum possible degree of transparency of the commercial multilateral system.

Let's remind that Croatia, Serbia, Montenegro, Austria, Italy, Switzerland, Germany, Macedonia and the Czech Republic are just some of the countries that Rattan Sedia had exported in last year. If BiH accedes to the World Trade Organization, this list could very soon be expanded.